In the early 19th Century the population of London soared and as a result existing burial grounds could no longer accommodate the city’s dead. In 1832 the creation of large suburban cemeteries encircling the city was proposed, later dubbed the ‘Magnificent Seven’ these provided much needed overspill.

When Queen Victoria’s beloved Albert died in 1861, her prolonged period of mourning caught the public’s imagination. Once forgotten rituals of death and remembrance were revived and within the Magnificent Seven elaborate headstones, statues, crypts, mausoleums became the norm.

However the fashion did not last, in the face of millions killed in both World Wars, it was perhaps considered bad taste to celebrate one individual when so many had paid the ultimate price.

The Seven fell in to disrepair, with most suffering neglect, arson and vandalism.

In recent years they have been befriended by community groups, who aim to conserve without disrupting the ecosystems that have now emerged. It is the delicate symbiosis of the memorials with nature that make the Seven so iconic, guaranteeing their survival through the next, and fast approaching burial crisis 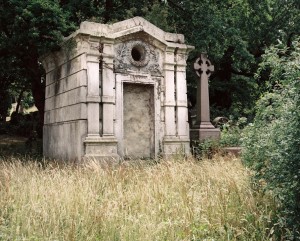 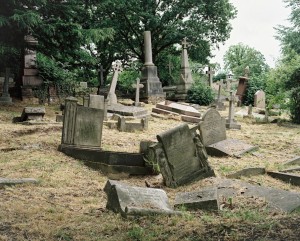 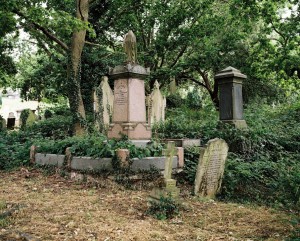 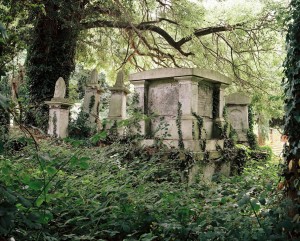 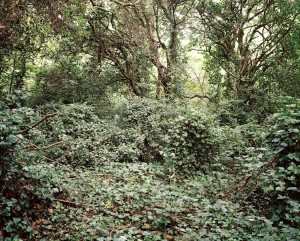 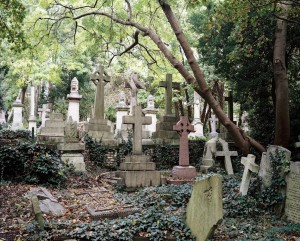 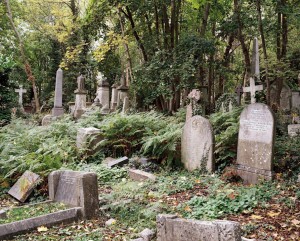 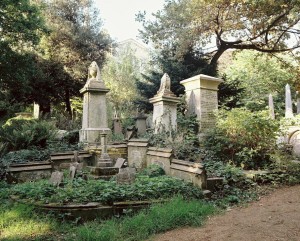